Nominated for Best Actress in a Leading Role in the 1964 Academy Awards®, Leslie Caron stepped away from the musicals such as An American in Paris and Gigi to take the role of Jane, a young French woman pregnant with an illegitimate child who finds love and friendship among an assortment of outsiders residing in her dingy Notting Hill neighbourhood.

Followed by a Q&A with actress Leslie Caron, moderated by composer member of the Academy of Motion Picture Arts and Sciences, Gary Yershon.

As part of a new year-long residency of the Academy of Motion Picture Arts and Sciences at Ciné Lumière, bringing archive films associated with the Oscars and on-stage conversations 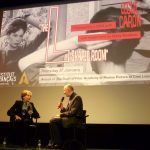 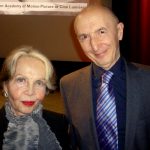