This was my first score for a film. I was fifty-four years old, rather late, in movie industry terms, to be making such a debut. I felt at ease, though, because I’d already met many of my colleagues on Topsy-Turvy a decade before: Simon Channing-Williams and Georgina Lowe (producers), Dick Pope (cinematographer), Christine Blundell (hair and make-up), Tim Fraser (sound recordist). All part of Mike Leigh’s creative family.

Also, I made a smart move by asking Terry Davies, with whom I’d worked at the National Theatre, and who was a very experienced conductor of film scores, to lead me through what were for me uncharted waters. He was the best possible guide.

The photo on the right was taken by our film editor, the late, great Jim Clark, when he visited the recording sessions at the now-no-more Angel Studios. 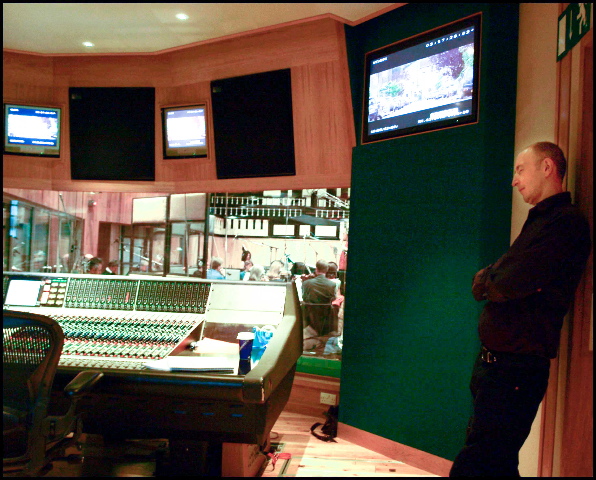